A bar plot, also known as a bar graph, is a type of graph used to plot categorical data in the form of rectangular bars where heights of bars are proportional to the numeric value represented by the corresponding categorical columns. The categories in a bar plot are plotted on the x-axis and their corresponding numeric values are represented by heights of the bars on the y-axis.

To install the Seaborn library, you can use pip installer. The following command installs the seaborn library:

The %matplotlib inline code will give you an error if you’re not using the Jupyter Notebook. Just comment it out and add the line plt.show() right after the point where we start making plots.

Let’s plot the first five rows of the dataset.

In this section, we’ll show you how to plot and customize your Seaborn barplots.

Before we draw any plot, let’s increase the default plot size for the Jupyter Notebook:

Let’s now use the barplot() function to plot the gender of the passengers in the titanic ship along with the survival rate. 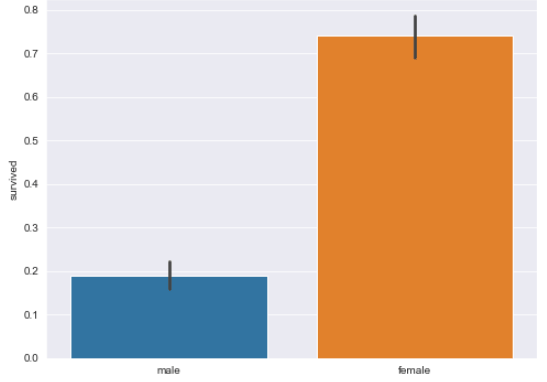 In the same way, you can plot the gender of the passenger along with the average fare for the two genders, as shown below: 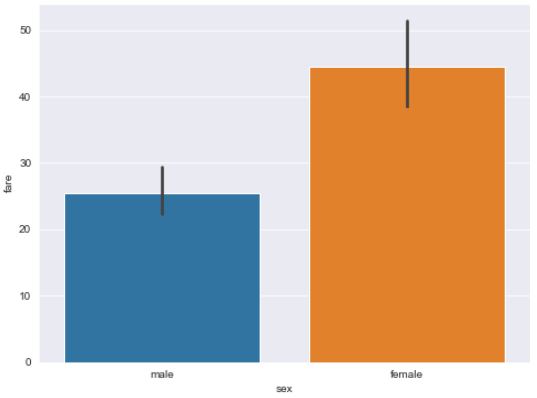 There is no direct way to annotate the bar plots drawn by seaborn. If you want to display the actual values represented by bars in a seaborn bar plot, you have to do work around.

Firstly, you have to group all the values in your dataset by the column that you want to use for the x-axis of your bar plot. For instance, if you want to plot a bar plot that shows gender vs survival rates, you will group the data by sex column as shown below:

You can see that the values in all the columns have now been grouped by gender. The next step is to plot the bar plot by calling the barplot() function. The returned object can be stored in a variable. Next, to annotate the bars, you can simply iterate through all the rows in the grouped dataframe and call the text() method on the object. The first parameter of the text() method should be the name of the row, and the second and third parameters should be the name of the numeric columns which represents the bar plot’s height e.g. survived. You’re basically looping through all the values and adding a text label to each categorical column. 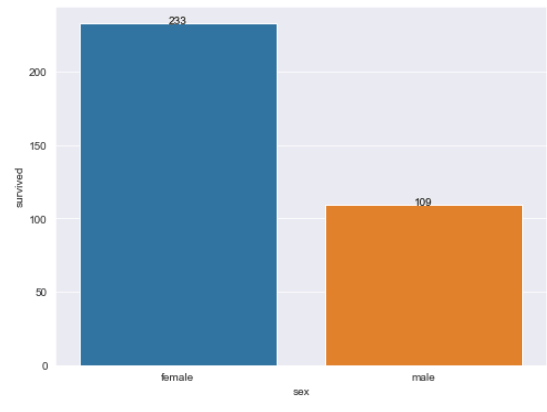 The hue attribute can be use to plot bar plots further grouped into sub-categories. For instance, if you want Seaborn to plot the survival rate with respect to genders, which is further divided into classes, you can use hue attribute as follows: 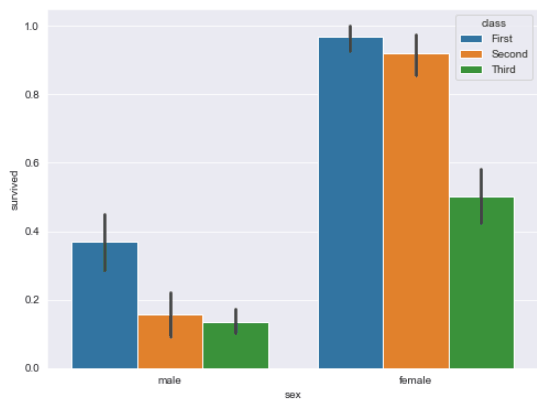 The bar plot now displays class information in addition to gender of the passenger. The output clearly shows that survival rate is highest for the females with first class tickets, followed by second and third class. This trend is also visible among male passengers.

Changing the Order of Categories 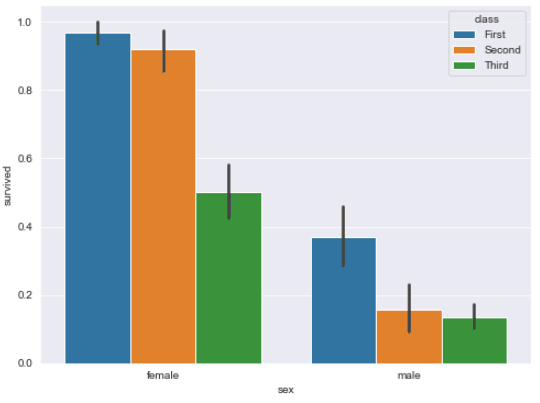 Displaying Sum Instead of Mean

By default the bar plot displays mean values. You can also display the sum of the numeric values per categories. To do so, you have to pass as the value for the estimator parameter. For instance, the following script displays, for both genders, the sum of surviving passengers. 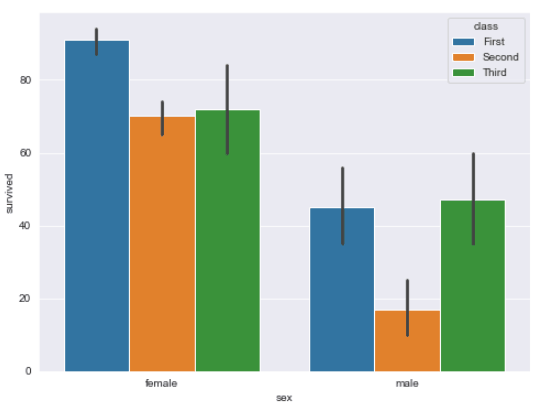 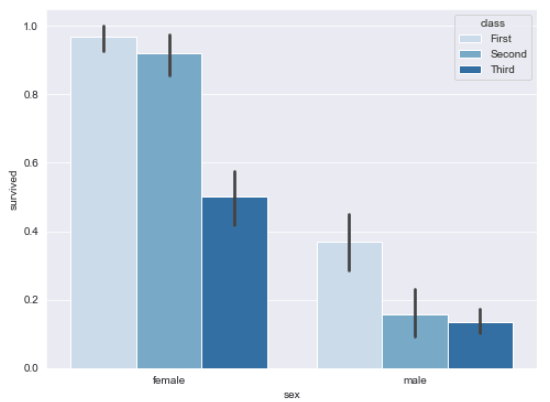 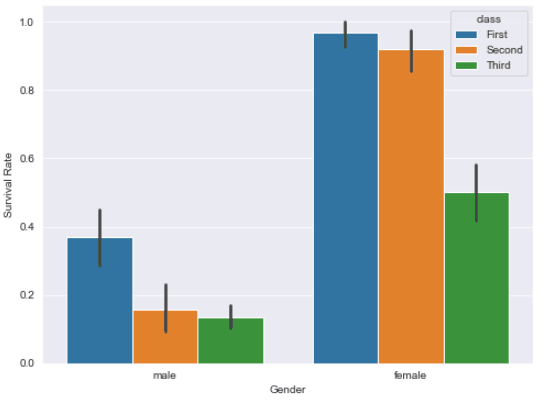 Similarly, to set the title, you can chain the set_title function with the seaborn’s barplot() function and pass it the string that you want to use for the Searborn barplot title as shown in the example below: 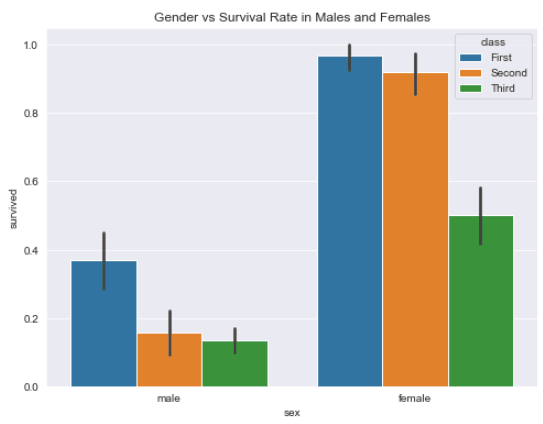 A bar plot is great for plotting numerical information grouped by categories. In this tutorial you saw how to use the Python Seaborn library to plot different type of Seaborn barplots. We answer some common questions, including how to add titles to your Seaborn bar plots, how to display your bar plots with values, and how to group bar plots. If you enjoyed this tutorial, I hope you’ll subscribe using the form below. We’ll let you know when we have similar tutorials for you to try.